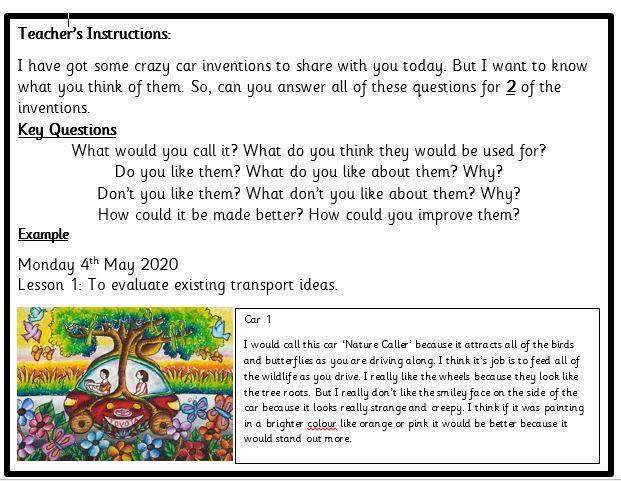 Lesson 2: To design futuristic transport and explain what it does 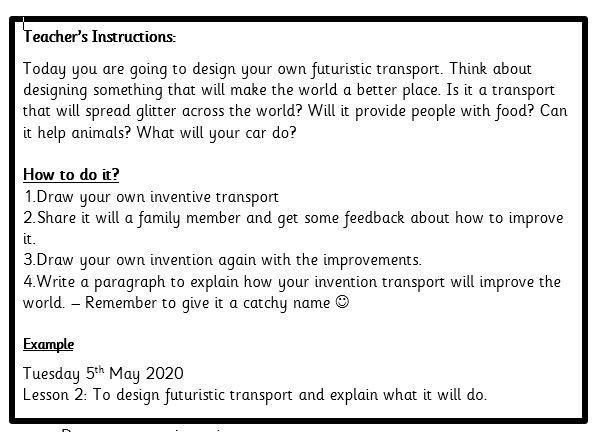 Lesson 3: To annotate your design 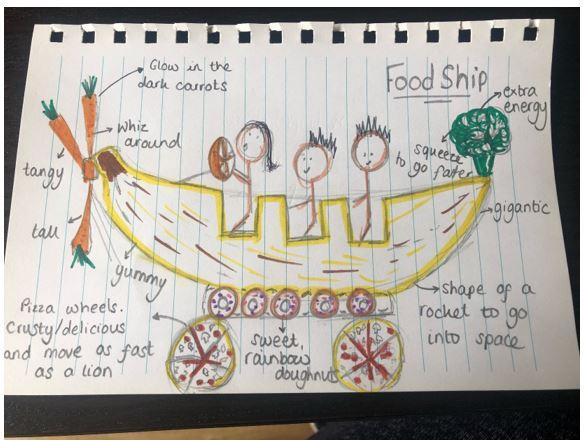 Lesson 4: To create a poster advertising your new method of transport 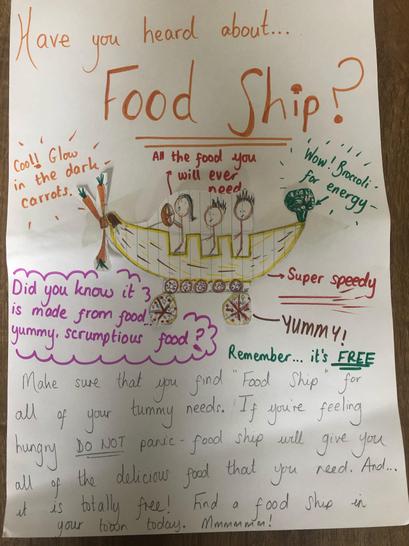 Save your poster into your work folder.

Lesson 6: To write a story about your transport

Here is Mrs Tyler's story about her Food Ship

Harry and Ron frantically sprinted towards the platforms 9 and 10, as the 11th bell chimed loudly, on the golden, clock tower. 11:00 o clock, Harry thought, we’ve made it. Unfortunately, they were too late. As they gazed around in panic down the platform, they saw the scarlet red steam engine leave the station.  How were they ever going to get to school now?

Both wizards, plodded out the station clutching their belongings. Ron’s stomach began to growl, “I missed breakfast this morning because of all of the rushing around!” he exclaimed. “I was going to get some brunch on the train,” he said, rubbing his tummy. Harry and Ron stared into the crowded street, wondering what to do next.

As if by magic, a large yellow thing began to emerge from the corner of the station. “What’s that?” Harry questioned. The rolling machine, came closer and closer to the two wizards. It appeared to have large, orange propellers on the front. Hang on, Ron thought, those aren’t propellers at all!

Quickly, the two boys climbed on board a rather large looking banana shaped car. They were provided with some much delicious food; they could barely believe their eyes. And best of all, the Food Ship carried them all the way to school.