Russell the Squirrel is the class mascot in Pine.  We use him in Circle Time activities so we know whose turn it is to speak.

Russell decided to spend the summer travelling around England.

Can you recognise any of the places he visited?

1) This English city has a famous pavilion, which was built as a seaside palace for King George IV. 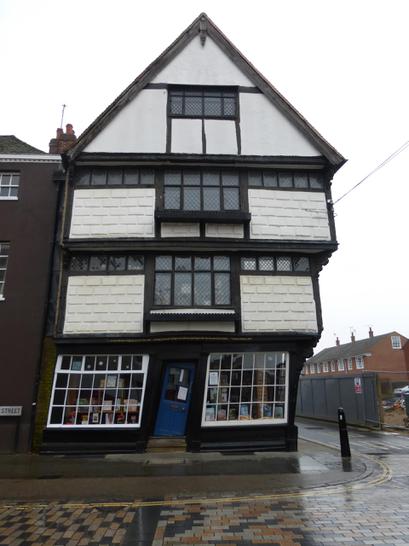 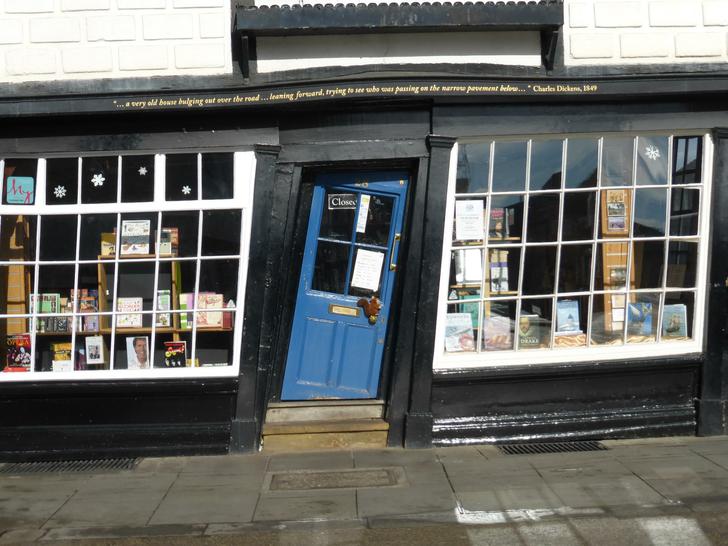 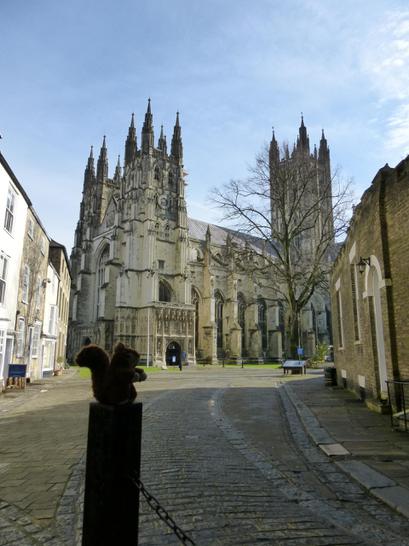 2) This city is home to a very famous cathedral and a very wonky bookshop!

Russell had itchy feet again this summer and decided to hop on a boat to Holland!

Russell was peckish after his long journey so he decided to go and visit one of Holland's cheese markets.   The Dutch are the largest exporters of cheese in the world - they send their cheese to lots of different countries.  Their most famous cheeses are Gouda and Edam.  They produce 650 million kilos of cheese every year and they love it so much that the average Dutch person eats 14.3 kg of cheese a year!
Holland is famous for its many windmills.  It is a very flat, low-lying country and the people there needed to come up with clever ways to prevent their land flooding.  Dutch windmills were used to pump dry hundreds of lakes and swamps to keep the land free from too much water.
Russell enjoyed visiting the many museums in Holland.  He saw paintings and prints by very famous artists such as Van Gogh, Vermeer and Escher.  He also visited the fairground and had a great time on all the rides!

Russell decided the building work in the school was a bit too noisy for him so he decided to go travelling.  He went to St. Pancras station and hopped on board the Eurostar.  Inspired by the work he saw from last year's Year 5, he decided to find out about different places in Europe. 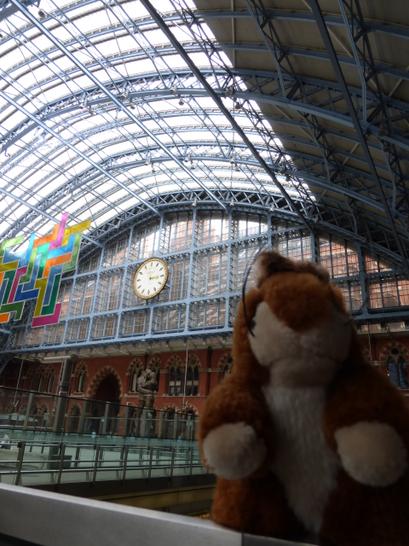 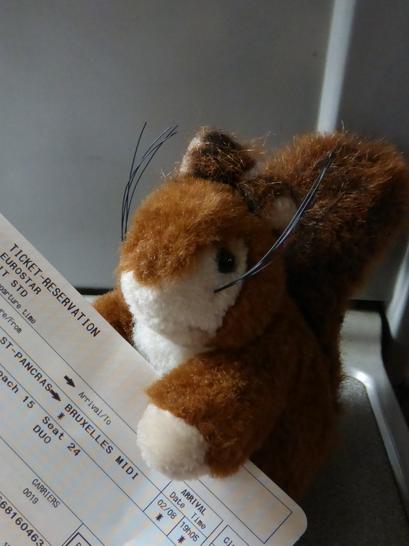 His first stop was Brussels, the capital city of Belgium, where he saw the famous Atomium.  The Atomium was built for the 1958 World Fair and by walking around inside the metal spheres you could learn all about Belgian scientists.  Nowadays it is a popular tourist attraction and it is used for art exhibitions and as a restaurant.

Russell also visited the Grand Place and saw the magnificent flower carpet which is only there for a few days every two years. 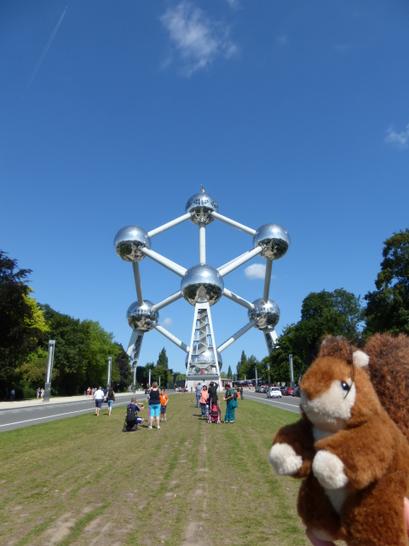 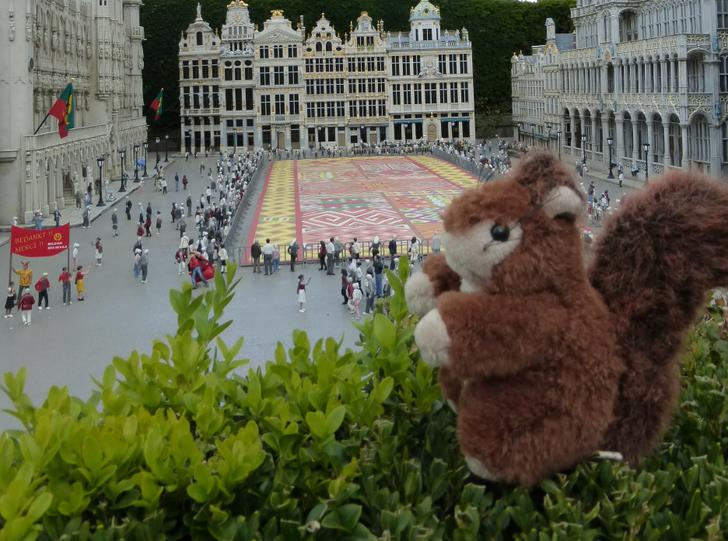 The next stop was Copenhagen which is the capital city of Denmark.  Denmark has 406 islands and wherever you are in the country you are never further than 32 miles from the sea.  Russell visited the Nyhavn (New Harbour) which was one of the country's most important ports.
In Lithuania, Russell visited the University of Vilnius which was founded in 1579.  He then flew across Europe to Greece where he visited the Acropolis.  He found out that it is located on the highest point of the capital city, Athens, and that the Olympic Games started in this country. 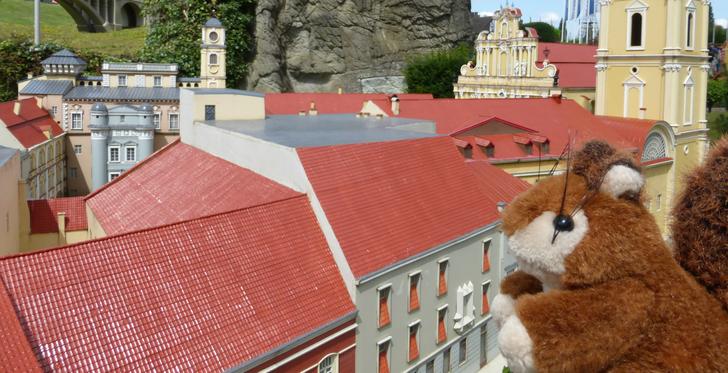 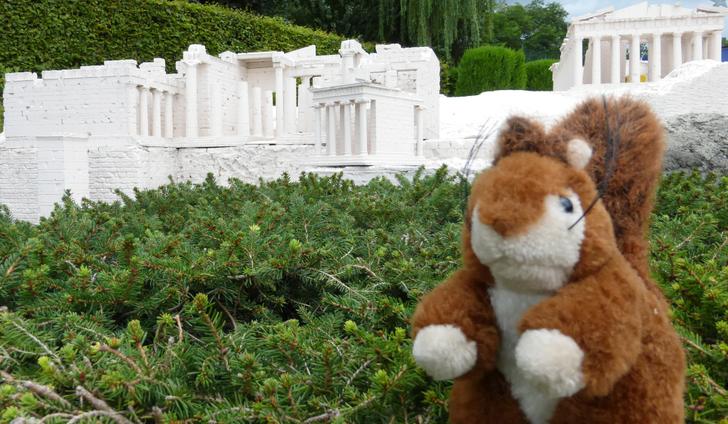 Russell stopped off at Italy next and saw the famous Leaning Tower of Pisa.  The tower was badly designed and was too heavy for the ground it was built on so it has never stood up straight.
Russell stopped in Germany next.  He learnt lots of interesting things in some of Germany's 6,500 museums and he made sure he stopped in Berlin to learn all about how the city (and country) had been split in two.  Following the Second World War, Germany was divided up between the Allied forces and became two states: East Germany and West Germany.  A wall was built in Berlin at the border between these states in order to stop people from crossing from one into the other.  The wall stood from 1961 until 1989.  When it came down the German people celebrated with a big party in the street.
Top

Unfortunately not the ones with chocolate chips.

Some cookies are necessary in order to make this website function correctly. These are set by default and whilst you can block or delete them by changing your browser settings, some functionality such as being able to log in to the website will not work if you do this. The necessary cookies set on this website are as follows:

Cookies that are not necessary to make the website work, but which enable additional functionality, can also be set. By default these cookies are disabled, but you can choose to enable them below: